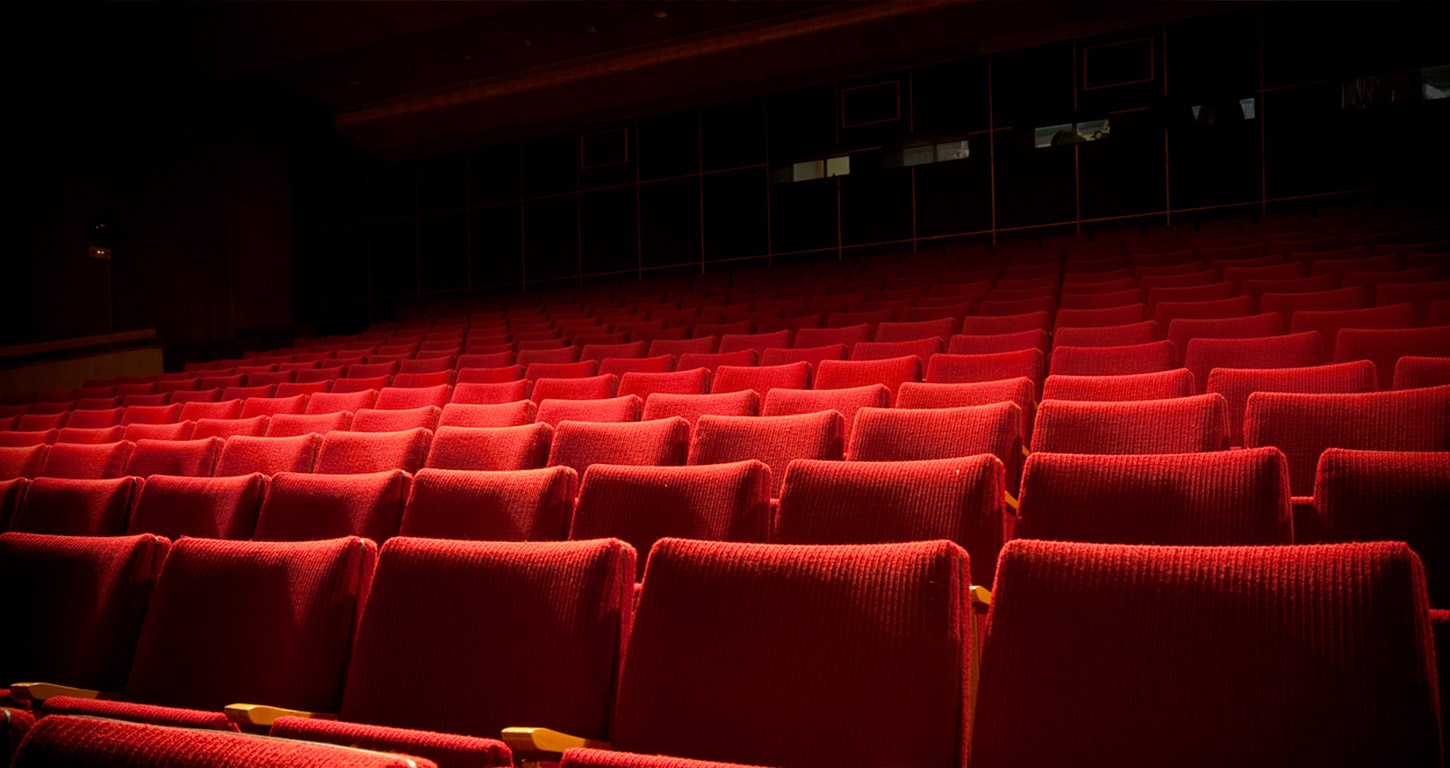 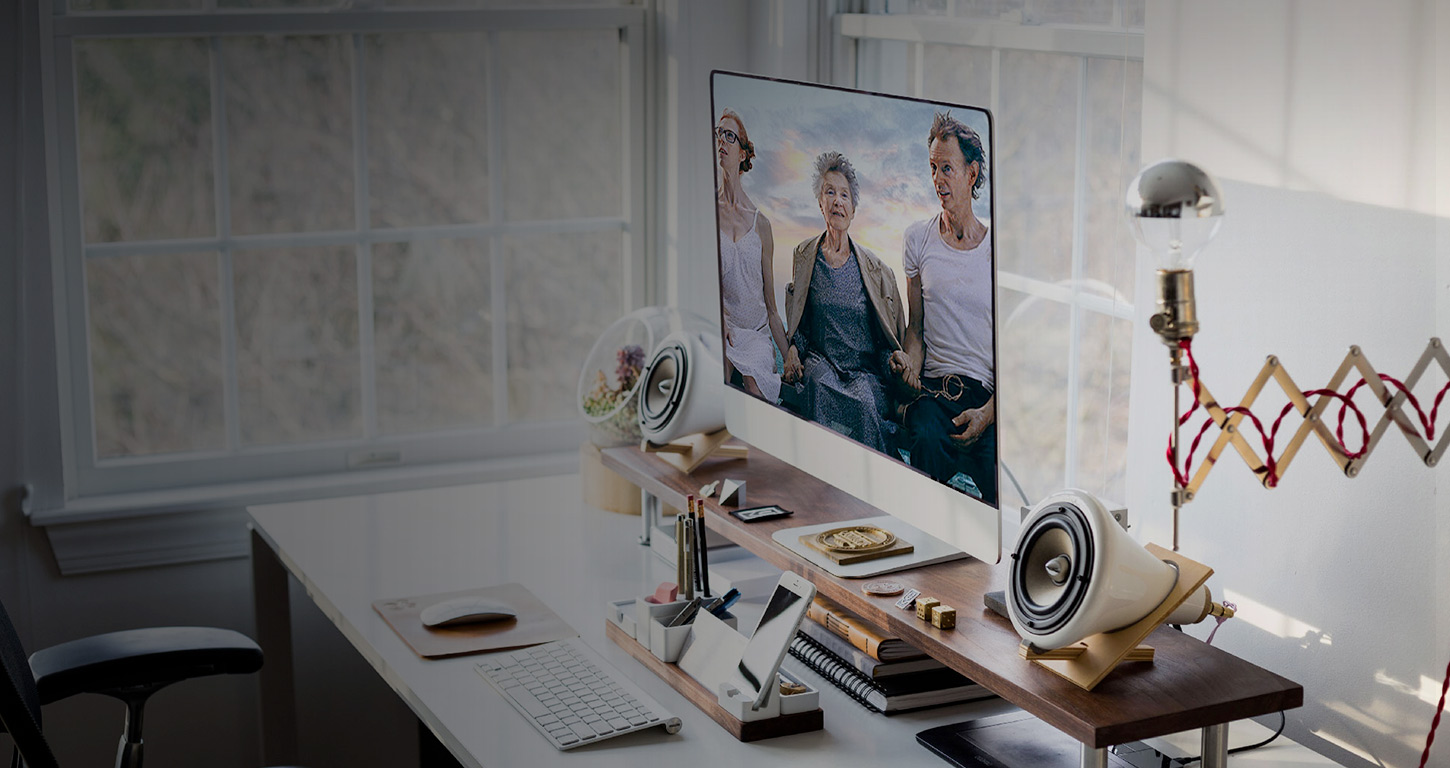 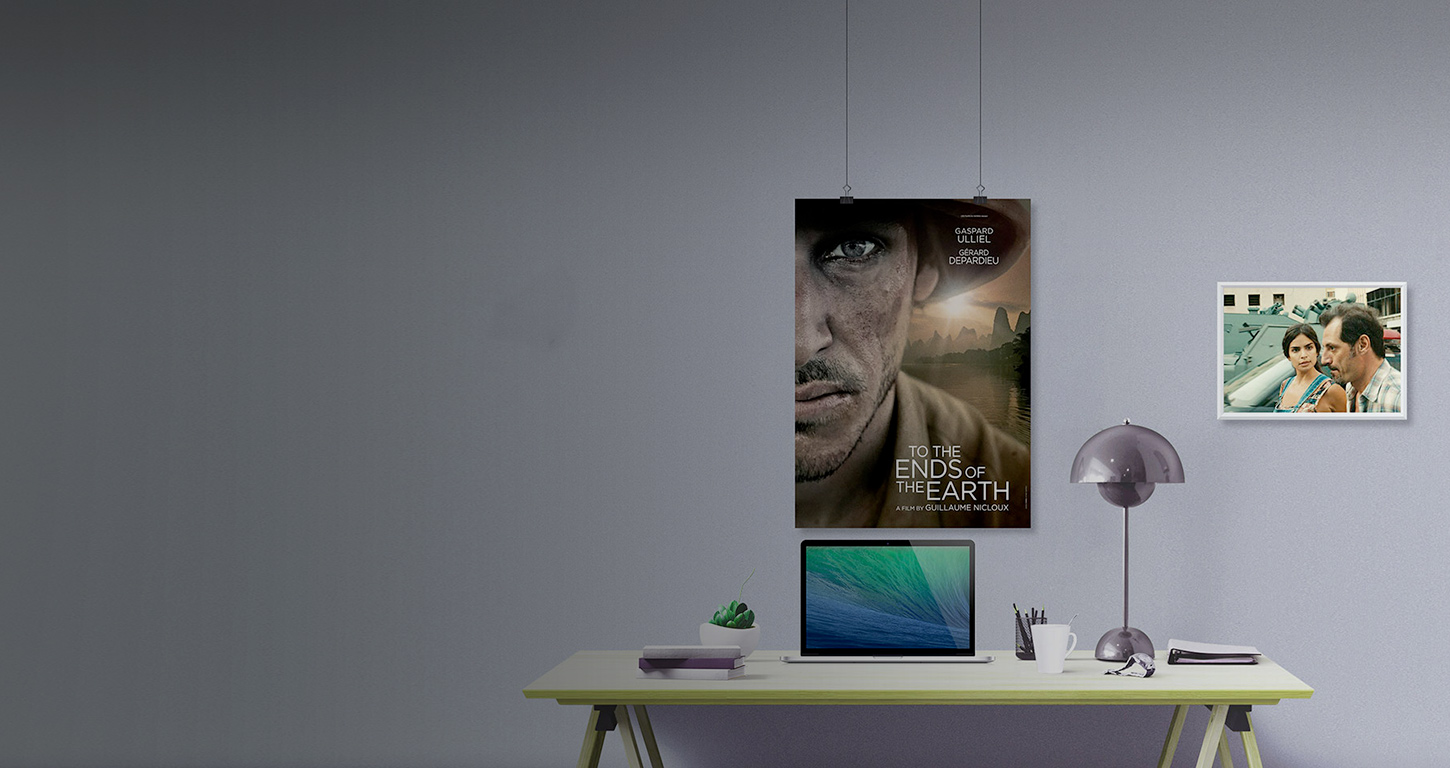 Make an investment in cinema deductible to 421%.

A smart way to pay less taxes by supporting the cultural sector.

A potential net global gain of about 10% of the invested sum. 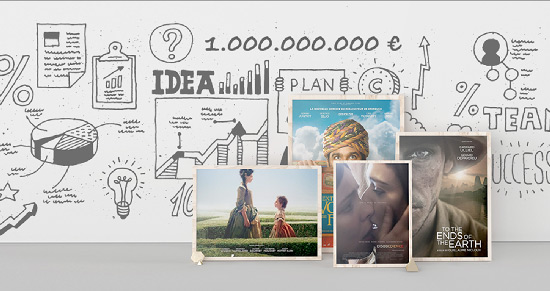 Forming part of the fiscal measures introduced and supported by the Belgian federal government, the Tax Shelter enables any participating Belgian company to reduce its taxable base by a maximum of €850,000 per financial year, to benefit from an immediate tax break and to conduct a financial operation designed to offer an attractive positive return. For a business, investing in a Tax Shelter operation means generating a return from part of your tax!

WARNING For the investor, the operation consists of making a payment of funds without eventual repayment in the aim of obtaining a Tax Shelter certificate linked to an eligible work (audiovisual or theatrical) which, under certain conditions, entitles the investor to a tax exemption. The Tax Shelter features risk factors. The main one of these is the risk of not obtaining or only partially obtaining the tax benefit for the investor. The consequence of this is the total or partial loss of the amount invested should the guarantee mechanisms be inoperative, - as stated in our Prospectus dated 25 June 2019, briefly in the warning on the cover, and more comprehensively on pages 16 and 27 of the Prospectus. The approval of the Prospectus by the FSMA should not be considered as a favorable opinion on the offer it contains.SCOPE Invest’s service concerns investments within the framework of the Belgian Tax Shelter system (for the audiovisual & performing arts sectors) in accordance with the provisions of Articles 194ter and following of the 1992 Income Tax Code (hereinafter 1992 CIR). The lack of financial details and experience at SCOPE in  relation to the "Tax Shelter for performing arts" constitutes another risk factor detailed in point 3.6 of the Prospectus. The investor’s participation in the offer is not subject to any minimum amount and does not involve any costs payable by the investor apart from the investment itself. Companies interested in SCOPE Invest’s offer are invited to consult the comprehensive information contained in the Prospectus and to seek confirmation from their usual financial and fiscal advisers regarding this investment opportunity. 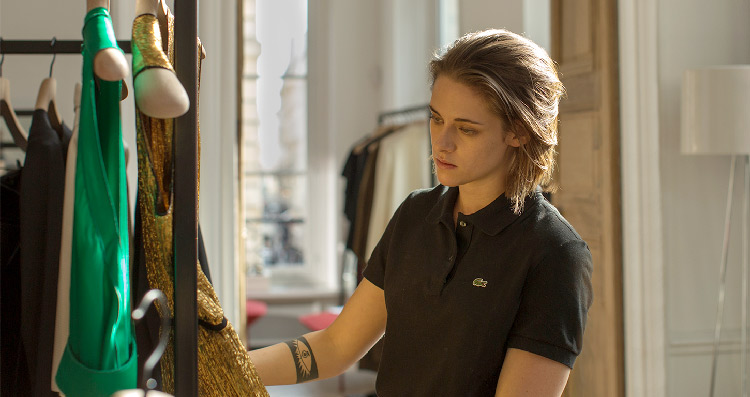 A Tax Shelter operation offers a potential net global gain of approximately 10% of the sum invested. The fiscal yield is 5.3%, plus interest paid no more than 18 months after the investment.

Since 2007, SCOPE Invest has been publishing an annual FMSA-approved Prospectus which provides the investor with all the information required to make a Tax Shelter investment. The approval of the Prospectus by the FSMA should not be considered as a favorable opinion on the offer it contains. The current Prospectus was approved on 25 June 2019 and is valid until 24 June 2020.

Producing a film (or a theatrical work) consists primarily of assembling the financial resources required for its completion. A mechanism used in Belgium since the year 2000, the Tax Shelter enables producers to find funding from Belgian companies, which reciprocally benefit from a yield from their investment.

Courtesy of the Tax Shelter, SCOPE has already helped to fund over 200 feature films that have garnered both commercial success and awards at prestigious festivals (including 2 Palmes d'Or, 1 Silver Bear and over 10 films in the official selection at the Cannes Film Festival, 95 César nominations and 3 Oscar nominations). 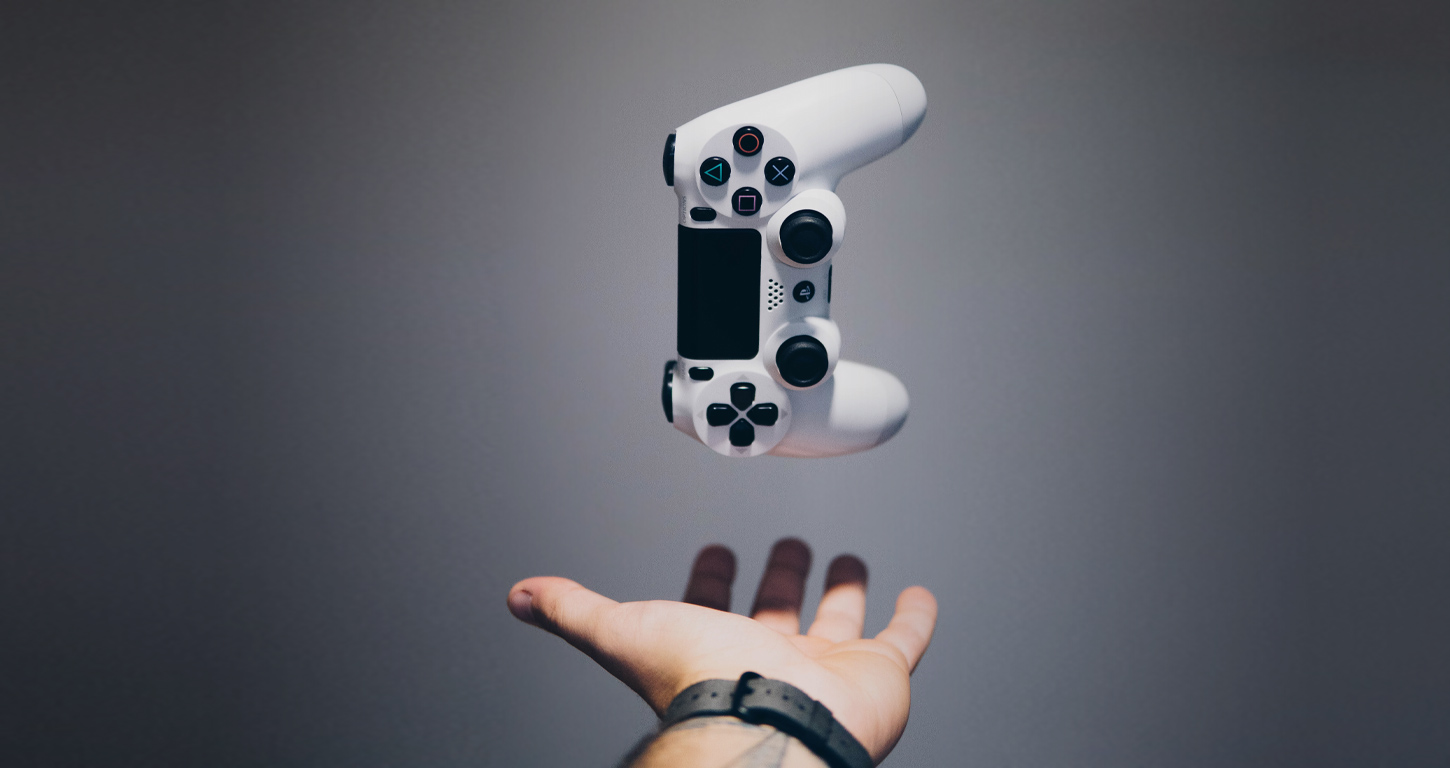 Video games: understanding the issues involved in opening them up to Tax Shelter 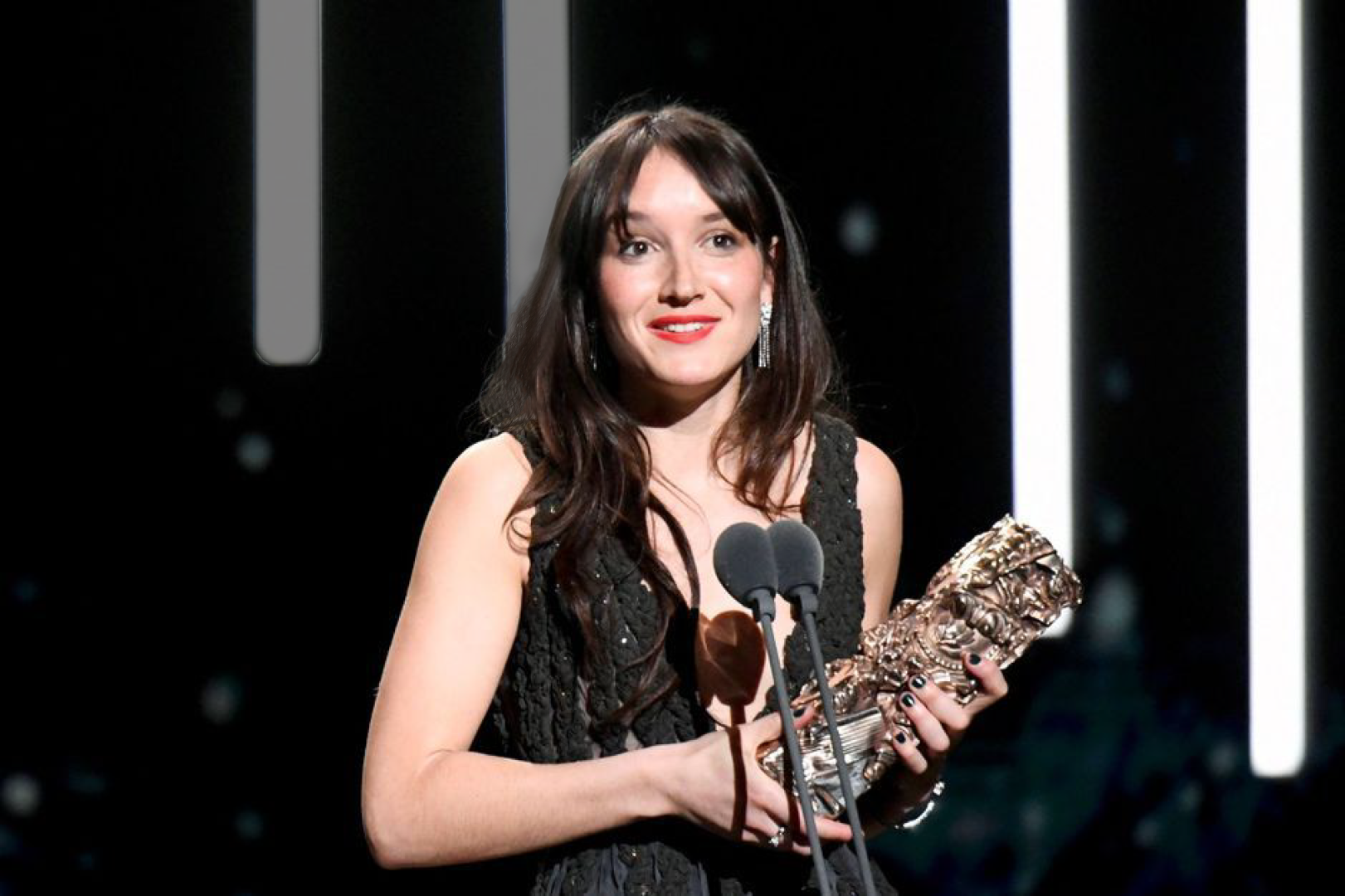 Prestigious awards for SCOPE Picture's films in Paris and Berlin

20/03 - Advance tax payments: in case of insufficiency, think of the Tax Shelter!

For companies that end their fiscal year in March, the deadline for making advance payments has passed since March 20. Companies that find themselves in the absence or insufficiency of advance payments will be taxed at a higher rate. The increase applied to the basic tax amounts to 6.75%! There is a simple way to lower the score: make a Tax Shelter investment before the end of the fiscal year. This will be "doubly" profitable since it will, in addition to the tax yield of the Tax Shelter (5.25%), reduce the increase for insufficient advance payments. Indeed, the fact of making a Tax Shelter investment decreases the taxable base, and therefore the amount subject to the increase. More than ever, in such a case, think of the Tax Shelter!

By letter sent this Friday, March 13, 2020, the Tax Shelter cel of the Ministry of Finance officially announced the 6-month extension of the deadline granted to audiovisual and performing arts producers to make their expenses. The Tax Shelter law requires that eligible expenses have to be made within a maximum period of 18 months (24 months for animated films and performing arts) after the date of signing framework agreements with investors. In practice, this means that producers do not have to hang around to spend once the funds have been raised. The coronavirus crisis leads, as in all sectors, to a slowdown in activity which can resemble paralysis. How can we imagine, in the circumstances we know, the organization of a filming in Belgium? This measure taken on Friday by the Tax Shelter unit therefore allows a 6-month postponement of expenses in current projects for which funds have been raised. Good news for our sector! 02/03 - Great distinction for SCOPE films in Paris and Berlin

Noticed last May at the Cannes Film Festival, in the "Un certain regard" section, then awarded three prizes at the Angoulême Francophone Film Festival and again nominated among the best foreign films at the latest Oscars, Mounia Meddour's "Papicha" was a favourite for the César for "Best First Film". This was confirmed with a double award for this audacious film, which won the César for "Best First Film" but also the César for "Best Female Newcomer" for Lyna Khoudri in the role of Nedjma. Among the films co-produced by SCOPE Pictures, no less than twelve nominations were in the running for the César: eight for "Grâce à Dieu" by François Ozon, two for "Papicha", as well as two respectively for Anaïs Demoustier for her role in "Alice and the Mayor" by Nicolas Pariser and for Chiara Mastroianni in "Room 212" by Christophe Honoré. Swann Arlaud, already winner in 2018 of the César award for Best Actor for the film "Petit paysan", won the award for Best Actor in a Supporting Role for his interpretation of the role of Emmanuel Thomassin in "Grâce à Dieu", a film devoted to paedophilia scandals in the Catholic Church in France. The sensation then truly began with the César for "Best Actress" that was given by Matthieu Kassovitz to the young Anaïs Demoustier for her role as Alice Heimann in "Alice et le Maire", in which she plays with Fabrice Luchini. In total, that makes four Césars for films co-produced by SCOPE Pictures! Finally, the weekend ended with a wonderful award for "Effacer l’historique", a beautifully crafted comedy by the Delépine-Kervern duo about the excesses of the digital era and social networks, which won a Silver Bear at the closing of the 70th Berlin International Film Festival. "Papicha", "Grâce à Dieu", "Alice et le Maire" and "Effacer l’historique" are films co-produced by SCOPE Pictures and supported by the Belgian Tax Shelter via SCOPE Invest.

The French Academy of Motion Picture Arts and Techniques released the list of nominees today for the 45th Césars Ceremony, which will take place on the 28th of February 2020 in Paris. SCOPE is very pleased to find no less than twelve of its co-productions among the nominated works! There are eight nominations for François Ozon's "Grâce à Dieu" with Melvil Poupaud and Josiane Balasko, two nominations for Mounia Meddour's "Papicha", including the César for "Best First Film", as well as nominations for "Alice et le Maire" and "Chambre 212" respectively. We look forward to February 28, 2020 to hear the jury's verdict!

See all the news